Walking the Ramp with Hemamaliniji 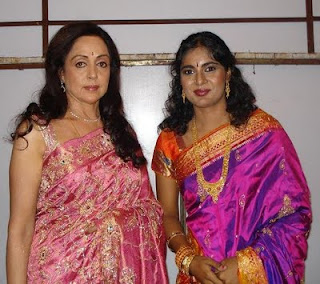 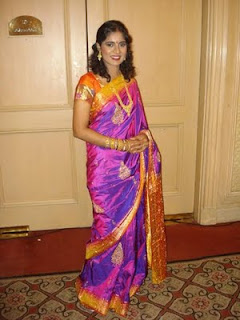 It was a memorable evening on Monday 14th September 2009 when I was recognized as one among the nine Top Women Achienvers of 2009 and was honoured by Pothys , one of the leading silk manufacturers. I was asked to walk the ramp and given a beautiful Vastra Kala pattu saree (violet with gold border, and a lot of Kundan and Jaipuri work), the new range of which was launched on Monday. The “dream girl” of Bollywood, Hemamaliniji is their brand ambassador for the "Vastra Kala Pattu" collection, and shared the stage with us, and standing by her side and posing for all the press photographers is something I will never forget for a long time. I was amazed at the crowd’s response during my cat-walk, and still more stunned as all others by the evergreen beauty of Hemaji. Her professional approach and natural friendly disposition was something I admired even though ours was a brief meeting. I was given a citation by Mr Ramesh, MD of Pothys and the event was fully covered by Vijay TV. The dinner that followed was a treat. Taj Coromandel rocks as always. Like I said, a memorable evening...

Posted by Charulatha Mani Carnatic vocalist and Playback singer at 11:40 AM 1 comment: 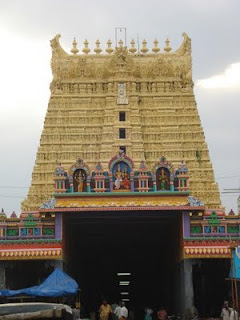 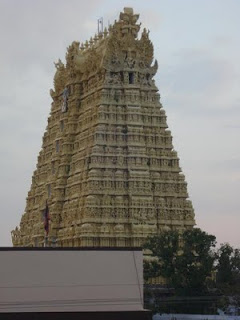 Sankarankovil is a small town near Thirunelveli. This is where around the 10th Century, a Lingam was unearthed in a “Putthu” i.e sand dune, and was established as the “Sankaralingam” deity. The temple built around this presiding deity is called Sankarankovil. The consort of this Shiva form is the beautiful Gomathy Amman. A petite statue with pleasing facial features, not more than 3-feet tall in appearance, Gomathy Amman, our family deity is indeed the pride of this place. During the month of Aadi Gomathy Amman does a penance “Aadi Thavasu” and at the end of the 10 days the lord presents hiumelf in the “Sankaranarayana” form, half Shiva and half Vishnu, and this alankara is unique to witness.
I had the good fortune of visiting Sankarankovil yesterday, the third time after my wedding. I made the customary “Maavilakku”, in which one mixes rice flour and jaggery with coconut water, pours ghee and lights a “deepam” at the centre. A very tasty offering, the “maavilakku” is offered to all family members and other devotees after the ritual. My family and I watched abishekam, and we had given a red and gold saree for the godess to adorn after the abishekam. She looked beautiful. There is a Srichakram on which I sat and sang the Kamalamba Navavarana in Anandabhairavi, and also the Sri Chakra Raja Nilaye of GNB in the raga Sivasakthi. I also recited the Mahishasuramardhini Stotram and we enjoyed the spirituality and experienced happiness. Even the children though very young helped out with the arrangements. The putthu sand has healing properties it is said, so we brought home some “putthu mannu” as it is called to give to friends and relatives. We stayed at a friend’s house, a lovely old house built with verandahs and low ceilings, very cool exuding old-world charm. We were treated to a rare koottu, one with raw mango and lady’s finger, an interesting combination.
I wore the traditional 9 yards saree, I like it very much, and whenever there is an opportunity don’t hesitate to wear it. Learning it was quite a task but once I mastered the procedure, it’s a question of less than 5 minutes to get the right look.
Did you know that poet Subramanya Bharathi has composed a song on Gomathy Amman during one of his numerous visits to the temple?
Posted by Charulatha Mani Carnatic vocalist and Playback singer at 9:36 PM 6 comments: 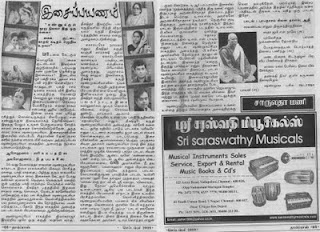 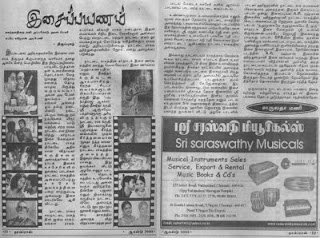 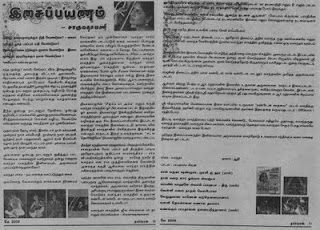 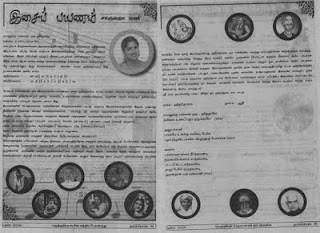 Posted by Charulatha Mani Carnatic vocalist and Playback singer at 7:48 AM No comments: